Identifying a gap in the metaverse market, Blockchain Land is poised to redefine the rules of the game through its futuristic products. In conversation with Ganesh Lore, Founder and CTO

Chainsense, a complete blockchain solutions company, caters to the core niche of many industries. The company provides a range of blockchain application development services across all verticals with transparency, security, automation, and efficiency. In a relatively short period of time, the company has positioned itself at the forefront of blockchain innovation, offering its expertise, skills and capabilities to clients in various industries such as financial services, healthcare, online streaming line, real estate, etc. their basic functionality and efficiency with blockchain technology. Blockchain Land, a spinoff of Chainsense, is the first-ever multi-chain multiverse metaverse. Lore takes us through its developer-to-creator migration.

Please tell us about your background in the blockchain industry. How did the interest start?

I started coding at the age of 14 using the C programming language. At the same time, I also developed an interest in web browsing, learning the web-based language through old editions of ‘Digit Magazine’, because I couldn’t buy the latest copies. In 2002, I started developing websites as a hobby, using Macromedia Flash MX. Many of my engineering classmates used my help to produce college graduation projects.

I’ve always wanted to run my own business since I was a kid, so I’ve tried a lot of different things. Therefore, when I registered as a developer in 2007, Justdial came to my rescue. It has helped me generate a large number of leads including e-commerce websites, CRMs, social platforms, chat apps, etc. Learning new and more open source languages ​​like PHP, PERL, Python, Cold Fusion, etc. posed hurdles because each client had a unique technology request. But at the same time, they gave me a better understanding of the industry. In 2008, I finally started my own IT company, Webvistar, where I created school management software. Subsequently, I established automation management for universities, building over 56 modules covering admissions, pre- and post-exams, convocations and all under one roof. I also created a proprietary framework called App Console to build automated college apps that anyone could use to build a backend for e-commerce and personal blogging sites. My interest in bitcoin piqued in 2013 when its value rose dramatically and surpassed $100. But at that time, it was difficult to understand the concept because it was a new technology with limited knowledge available on concepts such as node setup, mining, node/wallet setup, ledger and the public/private key pair. Coming from a background where server-side programming and front-end languages ​​were separate with node.js, it was a whole new technical era by integrating server-side scripting and front-end languages.

How was Chainsense born? And the vision behind it all?

I created Chainsense in July 2020 after working in the blockchain industry for over seven years. I realized that blockchain at the time was pretty much relegated to native token trading. But he could do so much more.

I’ve always believed that blockchain could be used to solve bigger problems. I realized there was a gap in the market that we could fill with Chainsense. Since 2020, we have developed several blockchains, multi-chain wallets, DEX, CEX, staking protocol, non-fungible tokens (NFT) market and NFT raffles. We have meaning for every blockchain, which is why we came up with the name Chainsense and we are here to impact important sectors of society such as healthcare, financial services, media and entertainment, government and private organizations, empowering them with blockchain-industrial solutions based on automation, security, scalability, traceability and immutability of business processes.

To put it simply, the overall vision behind the creation of Chainsense is to standardize and extend blockchain and use this technology to solve everyday problems in major industries. 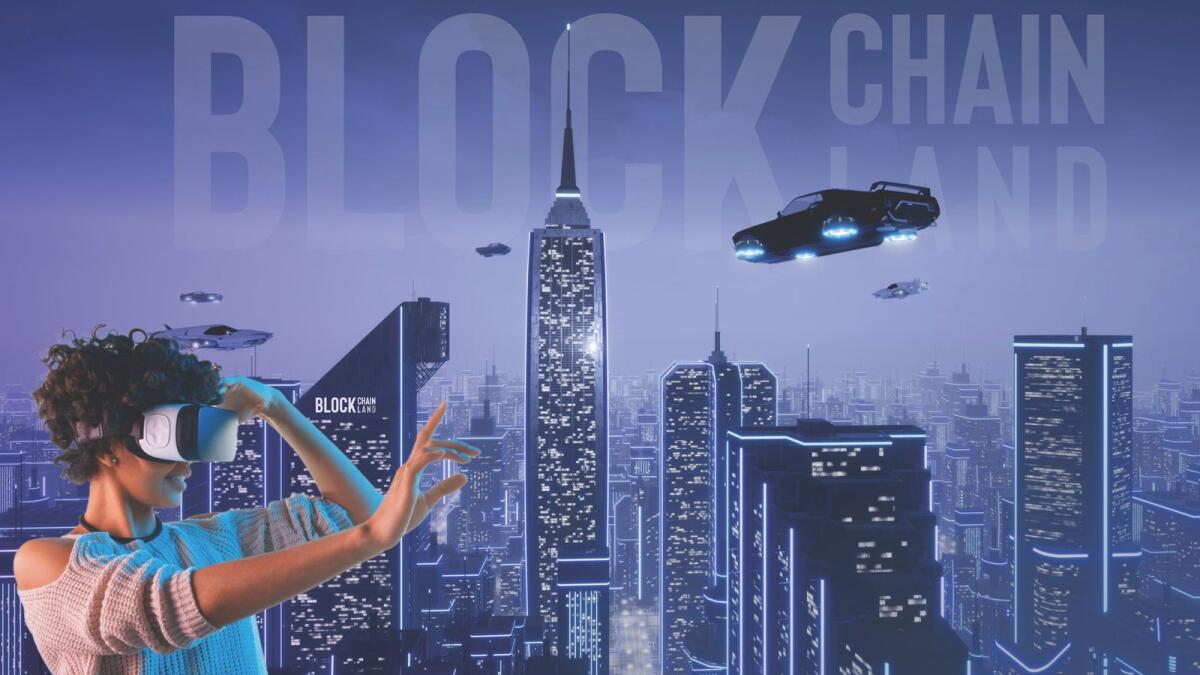 There are a lot of players in the Metaverse space today. How are Blockchain Land’s operations different from those of competitors?

How do you see the future of the metaverse?

Without a doubt, Metaverse is the future, and in the days and years to come, the world will be glued to the virtual world. Metaverse offers great opportunities for everyone, whether they are companies or users. Ten years later, Metaverse would be as huge as the Internet. I believe it will affect everyone’s life in the near future, transforming multiple sectors, and also creating opportunities for everyone. It will transform the future of work, improve the education system, transform the real estate sector and much more.

How does Chainsense via Blockchain Land aim to create an end-to-end economy? You mentioned it’s for High Net Worth Individuals (HNWI), Creators and Buyers/Sellers. Please clarify what you mean by this.

In the Blockchain Land universe, there are six planets, with the first planet being minted by the creators of Blockchain Land. We will create infrastructure and forge a parallel world planet. Companies/HNWIs can buy countries from us and create their infrastructure in the virtual world. Then we have digital citizens that these companies can cater to. We have also set up an infrastructure, smaller than a country, called a “Valley” where we can create, using our market.

Assets would be listed by the creators as well as the Blockchain Land team, creating an economy for the entire ecosystem. This opens up exciting prospects as the Blockchain Land will allow users to buy and own a package on any Ethereum Virtual Machine (EVM) base chain. Apart from that, we have new notions such as obtaining digital global citizenship, which allows users to buy and sell NFTs. Watching live sporting events, movies in theaters, shopping, and even socializing will be available on Blockchain Land very soon. Blockchain Land will go live with several major collaborations already in place such as supermarkets, entertainment companies, fast food restaurants, etc.

You also created LycanChain. Can you elaborate on the concept and how rewarding is it for the user?

Foreseeing the limitations of the blockchain, we developed a hybrid proof-of-stake that addressed today’s issues such as high gas fees and speed of transactions. To solve these problems, we have developed a revolutionary concept known as LycanChain – the fastest scalable blockchain protocol, which helps reduce gas fees, thus giving zero fees on a stablecoin. Every full moon, on every transaction that takes place, the base transaction fee is burned automatically. LycanChain is the fastest scalable blockchain protocol that works like a decentralized world, making it fast, secure, adaptable, and scalable.

LycanChain introduces a unique referral system – Proof of Bite. A person can only be a ‘beta’ (Delegator) if they are bitten by (referred by) an ‘alpha’ (Validator). With every bite, 1,000 Lycan coins will be burned into the alpha’s wallet, controlling the circulating supply of the coin. A beta can only delegate their token to that alpha that bit them. If a beta is bitten by more than one alpha, they can delegate their tokens to multiple alphas. The beta will be rewarded with block rewards up to 70% of the pool’s total rewards.

What are some of your product offerings?

Our vision is to create a complete blockchain and cryptocurrency ecosystem. The Werewolf Exchange is one of our other product offerings. Another offering is a payment gateway called Lycan Pay, for use by merchants to accept cryptocurrency payments worldwide. We have also developed a Luna cryptocurrency wallet.

Can you tell us about Chainsense’s future plans?

As I said before, at Chainsense, our plan for the future is to strengthen blockchain in several sectors of society, and we have already started work on developing a framework for the main sectors. Additionally, we want to make a major impact in the crypto and metaverse space by developing an end-to-end ecosystem for users.